Summary: Scheduled to start in October 2022, the next edition of The Ocean Race, which will also be the 50th jubilee anniversary year of the race, will have the departure in Alicante, Spain in October 2022. As we are already accustomed to, the race will visit 10 international cities with the grand finale in Genoa, Italy in the summer of 2023. 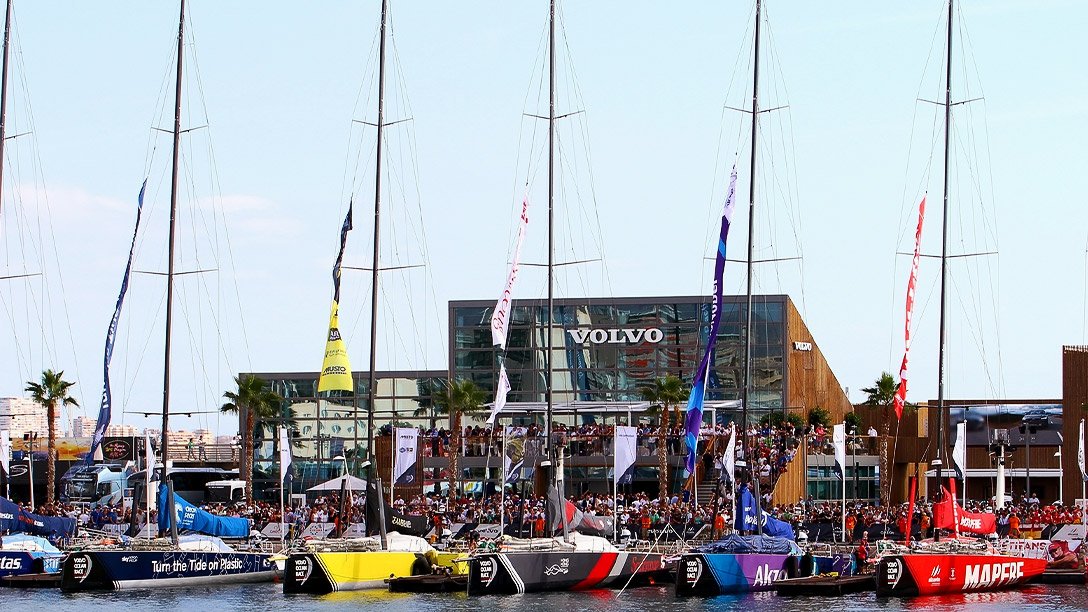 The consultations with the shareholders, the strategic planning process and due to the sporting landscape impact of COVID-19 it was best to postpone the departure for October 2022. The Ocean Race chairman Richard Brisius concluded that “Since 1973, The Ocean Race has been one of the toughest challenges in sport. Winning teams have showcased that proper preparation is the foundation for success. We now find ourselves in unprecedented times and our first priority is with all those who have been and continue to be affected by the pandemic”.

Depending of the pandemic evolution around the world, they will consider along with the registered teams, to hold a European event in the summer of 2021, for IMOCA 60s and VO65s. Even more, the next three editions of The Ocean Race are scheduled to take place in 2022-2023, in 2026-2027 and in 2030-2031. For the ten host cities the calendar offers a clarity and a long-term commitment for the amazing event The Ocean Race is.

What is the route?

The adventure will be thrilling for sure, taking into consideration the new name, logo and the new boats. The IMOCA 60s will join the race starting with the 2022-2023 competition and will make the race even tougher by pushing more the limits of the crew onboard and the best new technology these boats are equipped with.

The cities that will have the privilege to host the event and the in-port races for The Ocean Race 2022 – 2023, are:

This amazing city was host for the race since 2008, and it will also be the starting set sail point for the 2022 edition of The Ocean Race.

In fact, the race has become so important for Alicante that they built the museum Volvo Ocean Race. You can find the museum in the former maritime station of Alicante and explore the race history, 3D simulators, how life is on board, and many other interesting themes. The Ocean Race is promoting the value of life at sea, protecting the marine environment, sailing as a sport, and these values can also be found in the museum through different educational programmes.

If you get to Alicante before the race start you can explore the official race village. Following the last editions of the Ocean Race, probably there will also have the yachts models onshore, so you can try to imagine what it must be like for a crew of 8-11 sailors to live in such close quarters for months at a time. To keep the tradition, several teams will have impressive Virtual Reality headsets to transport you into a virtual nautical world. 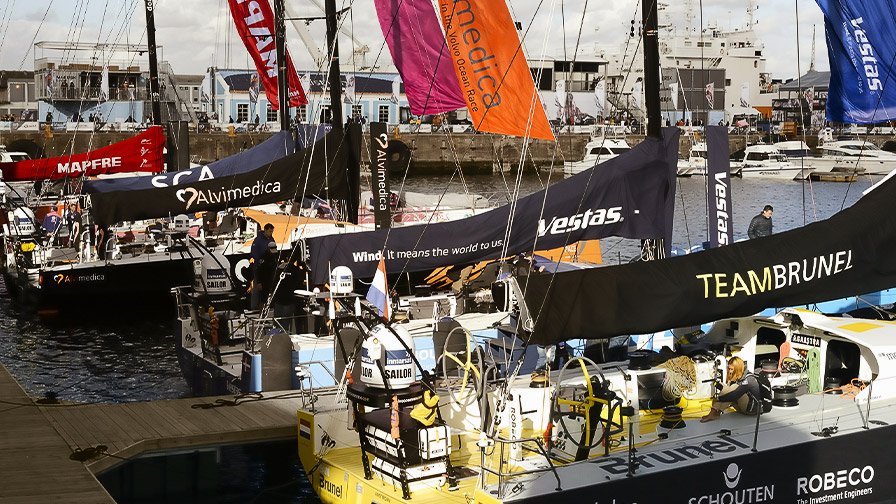 For the first time in the race history, the Ocean Race will make a stop in Cabo Verde, the first west African nation to hold the event. Cabo Verde is an amazing island nation that’s just beautiful to explore. The Ocean Race will make the stop in Port of Mindelo, also known as Porto Grande, on the island of São Vicente. Here you will be able to visit the race village and the fleet of VO65 and IMOCA60 boats. Except to the race village the port will host, there are lots of things to do in Mindelo.

Cabo Verde is a nation built on 10 volcanic islands which will just amaze you with their natural beauty. Mindelo city is the most popular stop for cruise ships, being the last stop for the Atlantic crossing towards Brazil or the Caribbean. And if you need to disconnect from the city’s tumult and its almost infinite leisure options, an excursion to the countryside of São Vicente is exactly what you need! 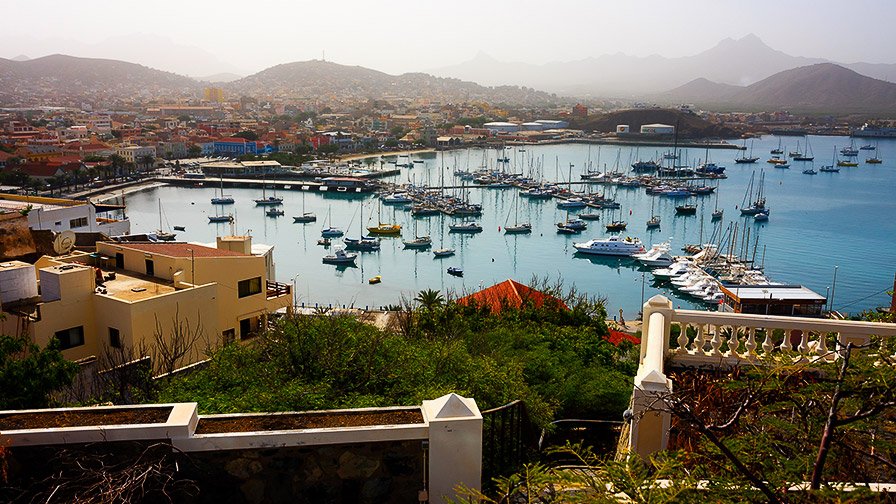 As usual, the fleet will be hosted in the V&A Waterfront, guarded behind by the imposing Table Mountain. Cape Town will just amaze you with the gorgeous waterfront, the culture, the hospitality and of course the greatness of Table Mountain. If you have some free time, definitely you should try one of the hiking routes.

One of the most challenging offshore leg will happen here in Cape Town and it will also mark the change of course for the Southern Ocean legs of the race. 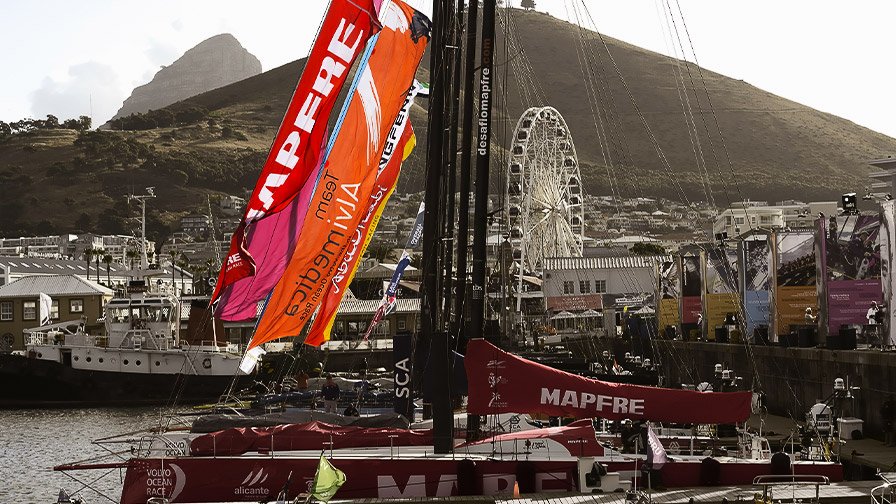 Another new host city on the list would be Shenzhen. The town is known as the Silicon Valey of China, ranking in top five most populated cities in the country. Shenzhen is located in the Great Bay area, quite close to Hong Kong. The winners of the 2017 - 2018 race, Dongfeng Race Team has gained a huge number of fans and the stop in Shenzen will only increase the number of sailing fans the team will add up.

Southwestern China, including Shenzhen has a rich marine heritage of which they take good pride so the new technologies, the environment and the yachting enthusiasm will make way for a new generation of future racers which will revive the tradition for sailing. 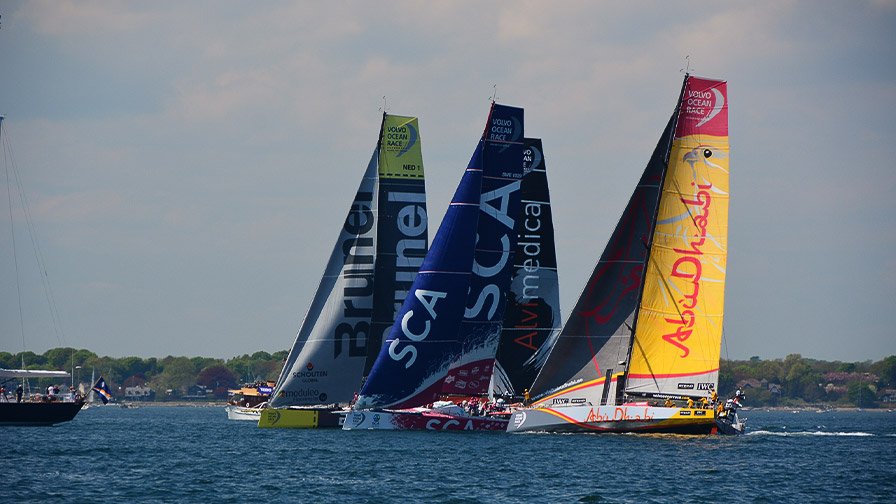 The Ocean Race stop in Auckland will be located along the Viaduct Basin and the race village exact location and facilities will be defined in 2021 after the America’s Cup.

The Auckland stop will come ahead as one of the most challenging legs of the event, as the fleet will race out of the protected waters of the Hauraki Gulf and face the roughness of the Southern Ocean, not mentioning the defiant crossing between Antarctica and South America, rounding Cape Horn. 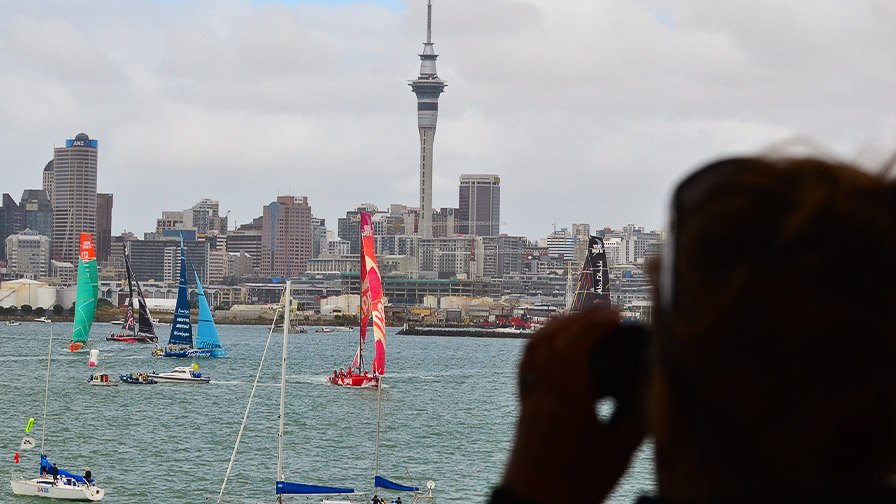 This will be the fourth consecutive time The Ocean Race will have a stopover in Itajai and Santa Catarina will be as usual the host for the race.

In the 2017-2018 event, Itajaí took advantage of race sustainability policies against the use of single-use plastics in the last race, to raise an alarm on the importance of keeping the oceans clean.

Itajai was one of the favourites stops in the last event, gathering more than 400 K visitors and race fans. The famous, most decorated Brazilian Olympic medallist Torben Grael, has been among the AkzoNobel fans, waiving the national flag to welcome Marine, his daughter’s arrival after the Southern Ocean leg. 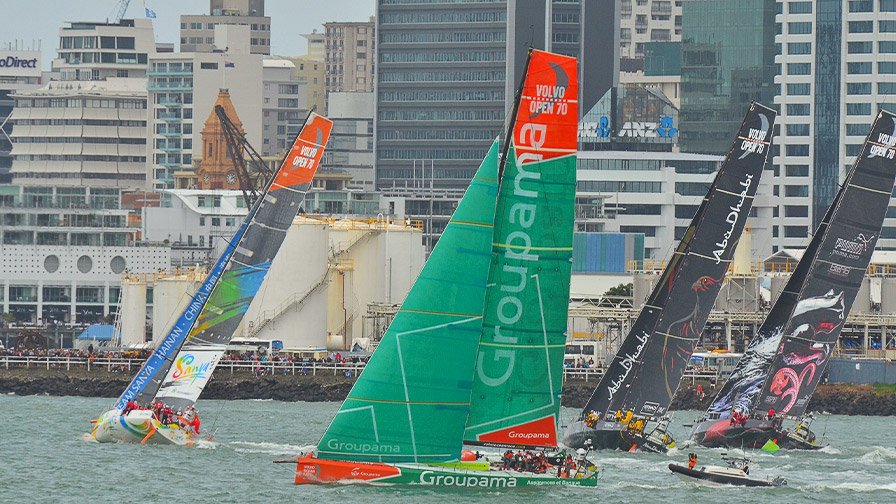 Newport will remain an iconic venue for the third consecutive edition and will be the only stopover on the Nort American Continent.

At the Newport Ocean Summit during the 2018 stop, Rhode Island became the first state to sign the UN Environment Clean Seas Pledge, which later lead to plastic bags ban and the large-scale events in the race village also educated visitors about the damage pollution brings to marine ecosystem.

After the Newport stopover, the fleet will face the Atlantic crossing to Europe and will be the last, long ocean leg before crossing the finish line in Genoa. 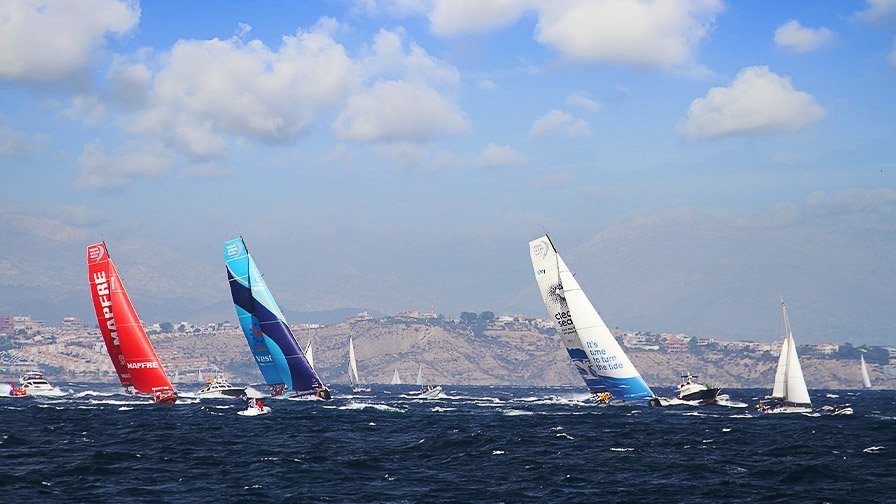 One of Europe’s top sailing spots, will be also a new comer to host The Ocean Race. After the “Fly-By” of the city on the final leg of 2017 – 2018 race, Aarhus put Denmark on the host cities map, which in fact was a natural choice taking into consideration the huge number of fans that joined the event and consolidated the race popularity.

Aarhus is a modern, innovative city, with great tradition in sailing and this opportunity will only strengthen the passion for sailing for thousands of fans and will just consolidate or create new opportunities for Denmark’s sailors, sponsors, race and team partners. 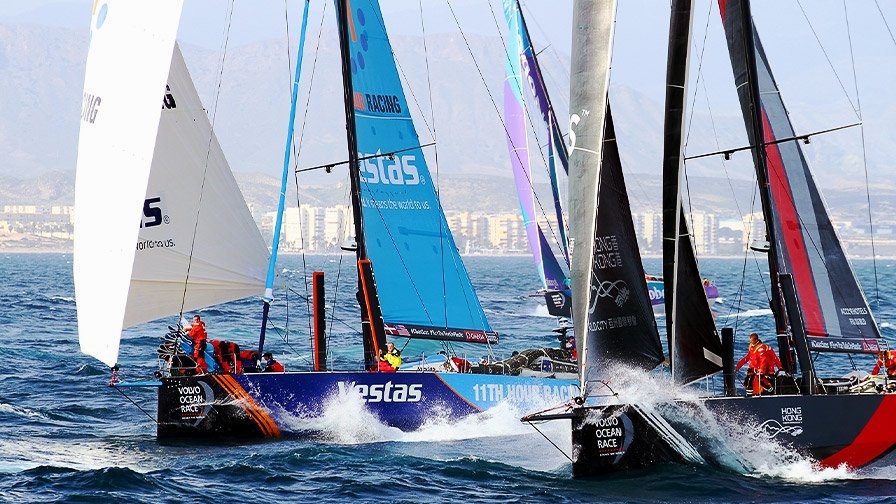 The previous edition put The Hague on the finish line of the race, gathering over 350 k of visitors, fans and guests. In the last two editions The Hague was one of the most popular stops, both as a stopover in 2015 and a finish line port in 2018.

The last race from the 2017- 2018 race was an incredible battle for the first place between Dongfeng Racing Team and Team Brunel making it an incredible experience for all race participants.

We are sute that 2022-2023 edition will bring the same tremendous experience for the race fans and race teams, or for sure they will exceed the expectations, as always. 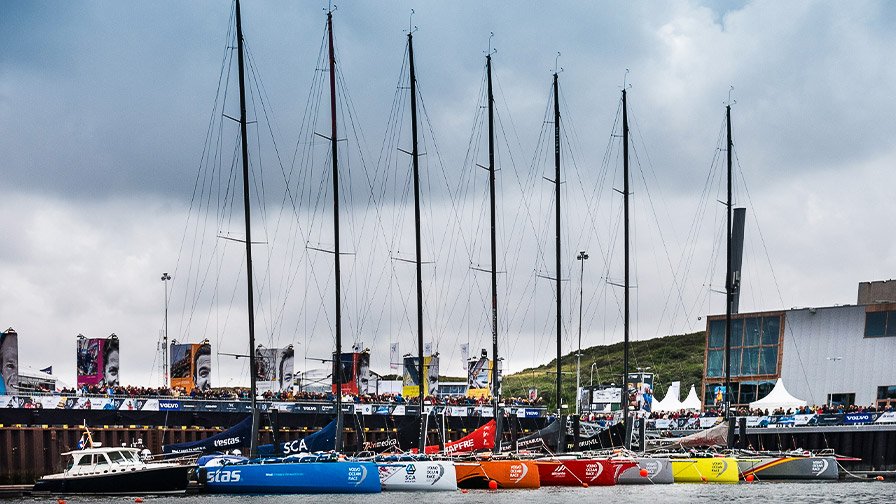 The finish line of the next edition of The Ocean Race will be Genoa, selected from Italy’s top maritime cities, opens the opportunities to new audience in one of Europe’s most passionate sailing centres.

Italy had close interactions with The Ocean Race, starting with the Whitbread Race Around the World in 1973 with three Italian flagged entries on the starting line. In the 2017-2018 edition Alberto Bolzan, crew member of Team Brunel, sailed for the second consecutive time in the race and states that the finish race hosted in Genoa will have a huge impact on the sailing community, encouraging youth sailing in the entire country.

We all wait for The Ocean Race start in 2022 and will follow closely the teams in their challenge to conquer the whims of nature. The race is about courage, endurance, fair-play, new technologies and new friendships. 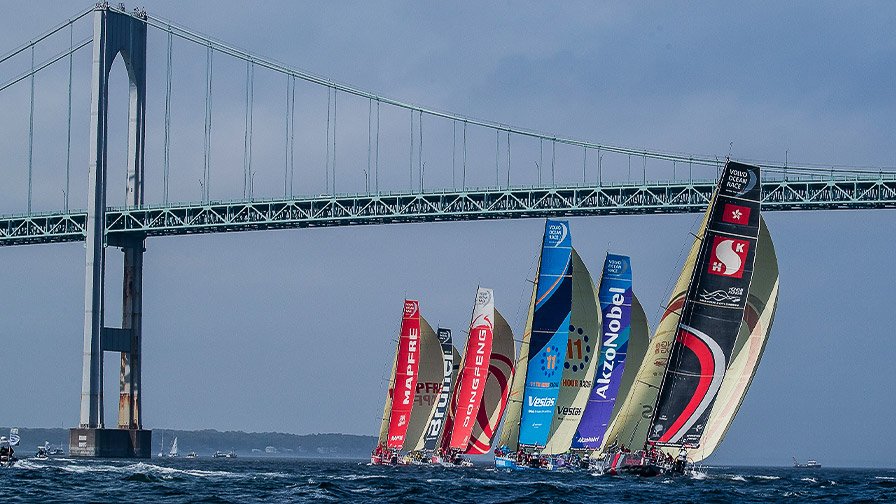 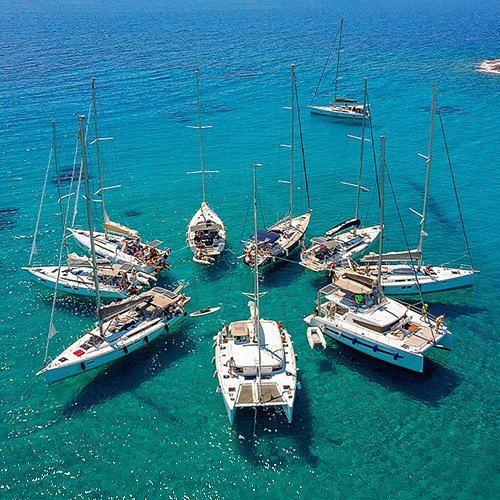 Tips
•
23.04.2021
Essential things to bring with you on your next sailing adventure 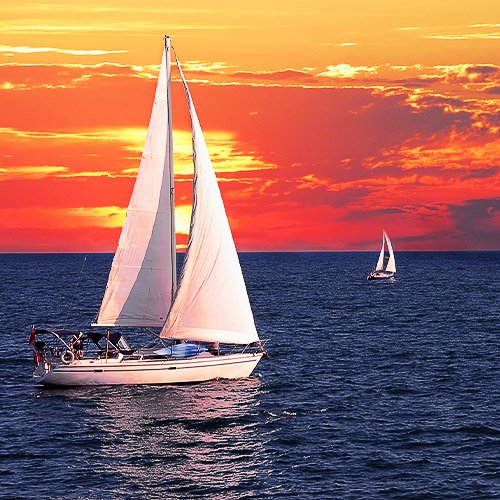 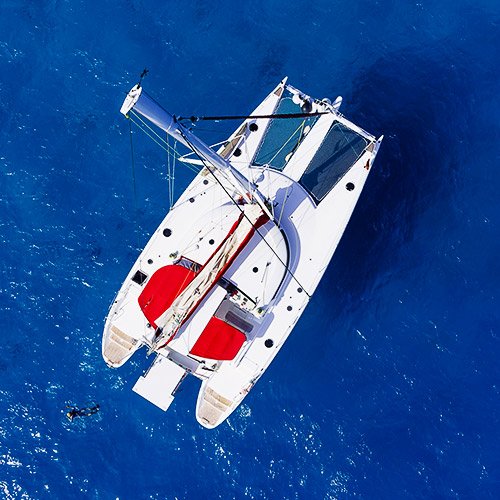 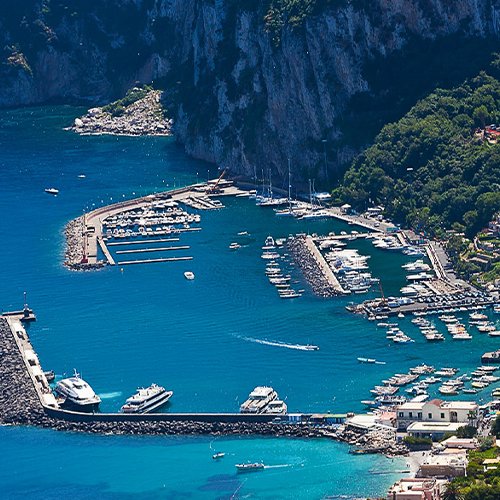